( or “How the anarchy of ideas can change things” )

This time I’ve decided to write a purely personal post, mainly because I’ve reached a stage in my life in which I believe I’ve understood a number of things that I’d like to share, in the hopes of helping someone facing similar circumstances to my own.

I don’t feel my knowledge of the English language would have allowed me to express myself accurately, so I wrote this in Italian, and had it translated from a friend of mine ( tnx! ).

Who I am and what Open Source means to me

For those who do not know me, I’d like to introduce myself by explaining what I’ve always considered Open Source to mean, a very fitting introduction to the story I’d like to tell you.
As what is left of the Royal Library of Alexandria has been preserved, or the Colosseum, Saint Peter’s, art, and music, so are ideas, things that we have preserved. Sometimes these are good, productive ideas, like the discovery of a new cure, others debatable (religions, barbaric customs, violence) but nevertheless free.
The beauty of the things that belong to all of us, like works of art and ideas, is that they have always been free… you are free to partake in a religion, you are free to choose not to, and so on. My “Ideas” are my code, your code, they are the code of millions of programmers all over the world who, like me, have decided to share them with whoever wants them, preserving what little good our generation will leave behind as a legacy.

Oh, one other thing I’d like to add in introducing myself… the child in me has never accepted that pretty toys cost so much.

dSploit, the story of an experiment.

Years ago, having purchased my first android terminal, good little nerd that I am, I began gathering information on programming, operating systems, and so on.
I had after all been using Linux for ever, how hard could it be to learn?

So I signed up at XDA, read their guides (thanks, guys!!! <3) and began experimenting… I needed an initial idea, so I decided to combine my background on network security with my first experiment, namely my first Android app.

The idea was to somehow replicate ettercap‘s features, in other words, to carry out a MITM attack on a WiFi network from a mobile phone, using an Android application. So I started researching on Google to see if someone had already pulled off something similar (heaven forbid that I’d waste my time on an unoriginal idea! XD) and not only did I find out that someone else had had the same idea, they were distributing it as a “semi-free” product with purchasable features… unacceptable!
Not only had my idea been “stolen” ( LOL! ) but it had been ruined and transformed into something hideous… I couldn’t take it.

What started out as a project soon became my little “ethical revenge” :D
It took me all of three days to learn how to program on Android, and set up my first prototype of what would soon be known as dSploit. 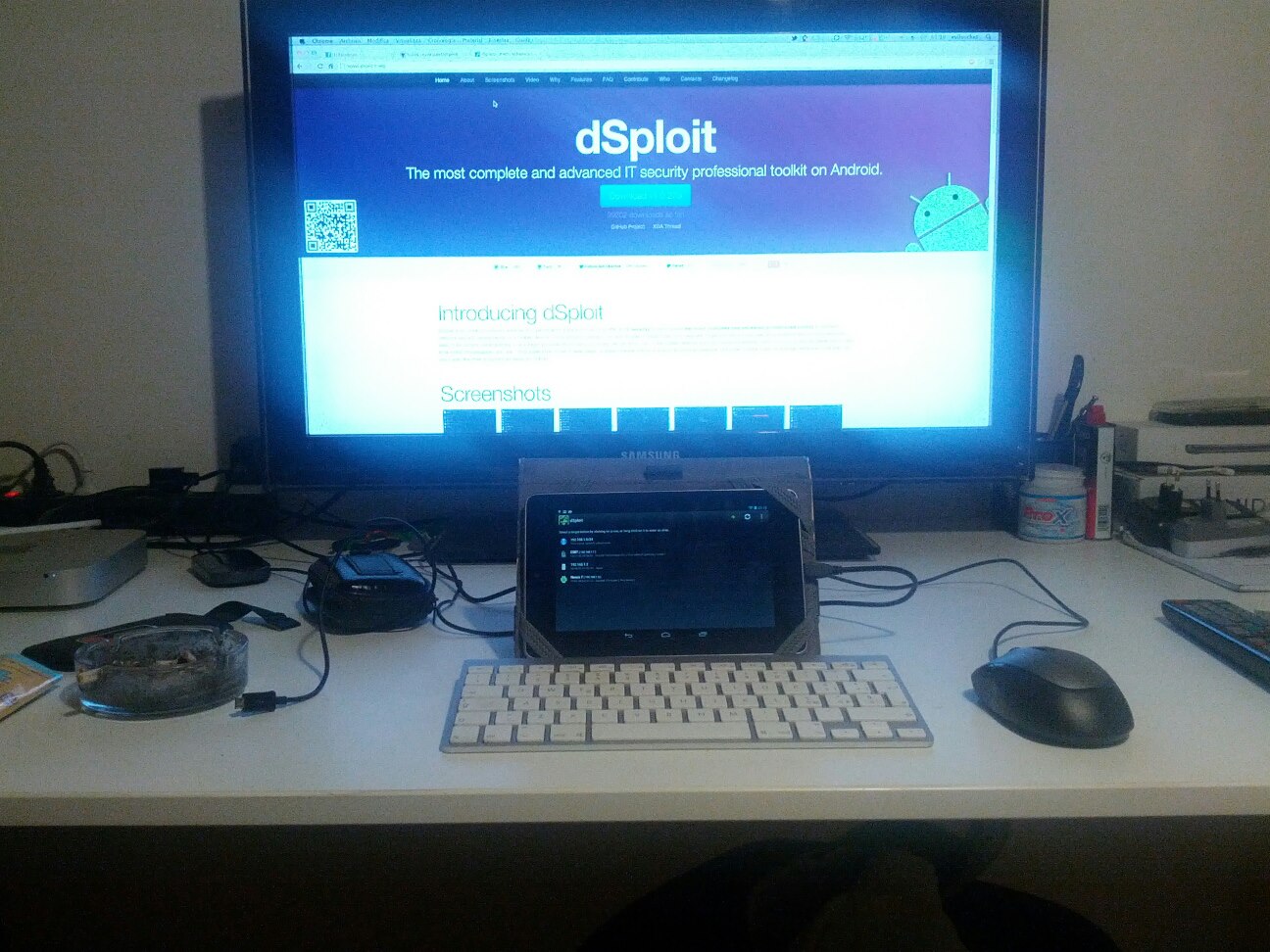 Needles to say that the interface was as ugly as sin, slower than molasses, and as bugged as an old mattress… but it worked, and moreover, it was free.
I immediately released the code on Github, and posted a link with a brief introduction on XDA.

I had no idea that those tiny steps would turn my life around, in just a few years.

The project literally exploded, the next day my inbox was clogged with replies to my XDA thread. People asking for more information, wanting to know how to compile the code, but most of all, people comparing it with that other app, the semi-free thing that had “ruined” my idea.

I started working on it like a dog. During the day, I kept up with my job as a PHP programmer for a company in Rome, at night and during my summer break, I wrote miles of code, considered new concepts, new functions, things those “other people” hadn’t even thought of.

After a while I began exchanging emails with a couple of people that had developed the “other” app, sometimes we’d exchange tips, at other times we just chatted. Turns out, they were far from the “evils suits” I’d thought them to be; they were smart, friendly guys, but most of all they were open to new ideas.
I became especially friendly with one of them, and we carried on talking every now and again over the following two or three years. During this period I changed jobs, and moved to a new home, however my life hardly changed, I was still your average guy, with an average salary.

Then, over a very short period of time, two months give or take, everything changed.

The tornado hit on what seemed to be a very typical morning at the office. My friend from that other company wrote to me, saying something on these lines (I’ll never forget it):

As chaotic as it was, everything began to make sense. Those seemingly insignificant, disconnected events had, maybe, been leading me to where I was destined to go.

Without going into the details of the transition, the only relevant thing that happened during my first “job interview” which was in Amsterdam, mind you, was that my girlfriend, with whom I was about to celebrate our sixth anniversary, decided it was time she moved on, due to issues we’d already accepted and discussed, yada, yada, yada. 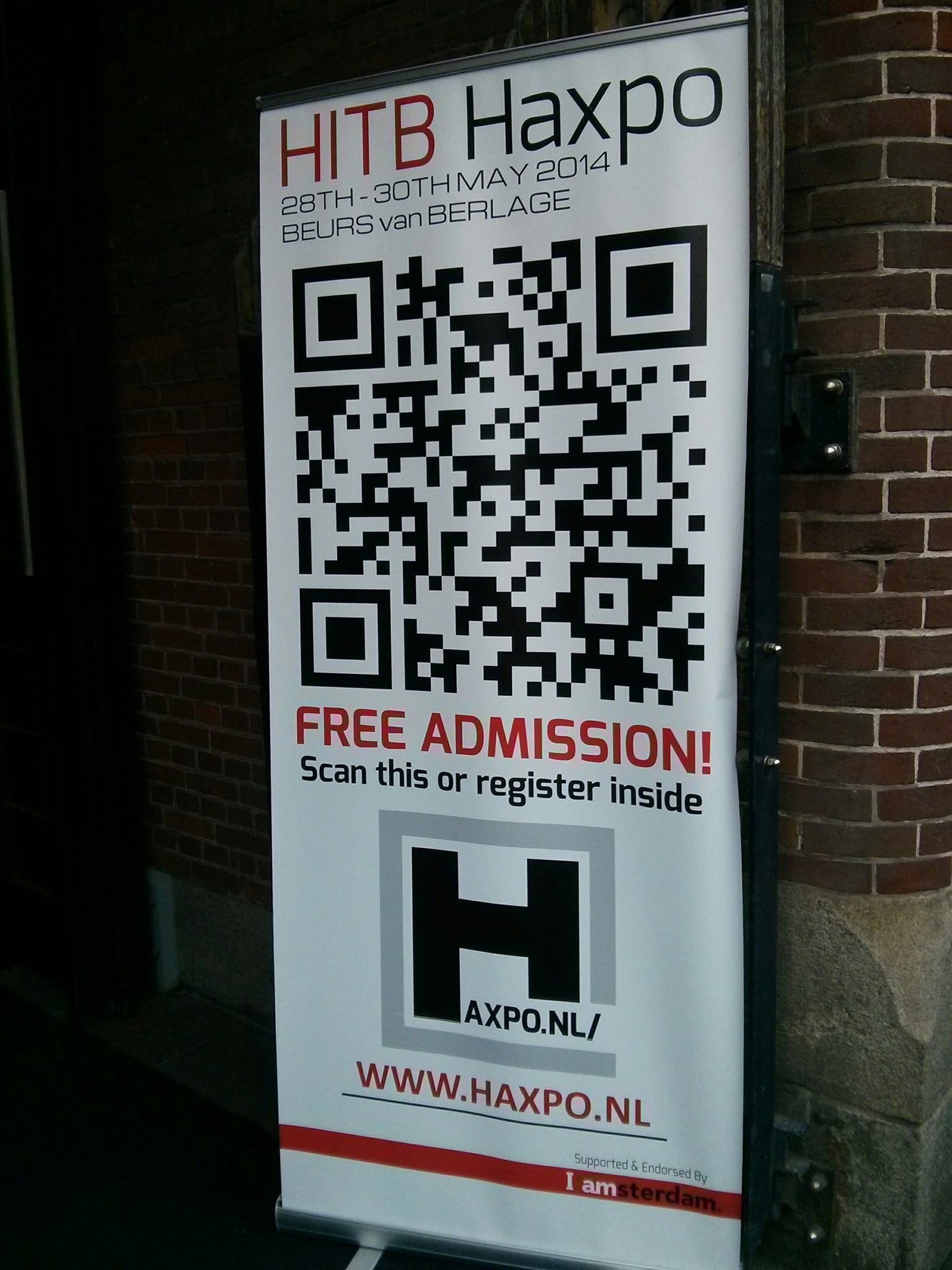 Let’s fast-forward to today; it’s now more than a year that I’ve been working on my own, from home, and yet, I have a very high salary, the work is thrilling, and working hours very flexible… lately, I’ve met loads of people, some I know are just passing through, others I’m sure are here to stay… I’ve been able to indulge in things I couldn’t even dream about before, I travelled the world, and have seen more places in this last year than I’ve seen in a lifetime. I’ve been able to help many people I hold dear who needed some solid help, but most of all, I’ve realized something about money…. it doesn’t make you happy, but it gives you the necessary freedom to build that happiness, and freedom has been the only real thing I’ve sought after all my life.

All these things (and for those who have been paying attention, it was really quite clear where I was going with this) I couldn’t have achieved without that money, that came from an idea I had decided to set free… now that project has been forked, downloaded, cloned, improved upon, and belongs to the community, as it should.

I wanted to share this story to tell you a little about myself, debunk a few “myths” about the creation of dSploit, but most of all to give hope to all those who, like me, stay up all night in the name of an idea… be free, guys, let your ideas be preserved, and let them lead you where you are destined to go.